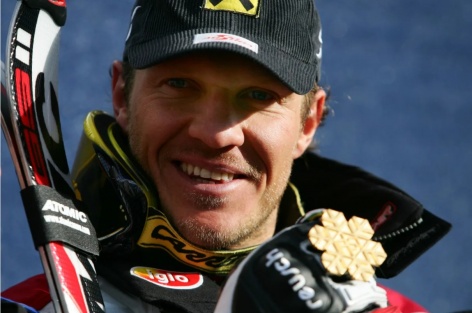 The 6th of January 1996, the Men's World Cup was held in Flachau for a Giant Slalom race. A certain Hermann Maier, who was not a member of the Austrian Ski Association team at that time, started as a forerunner and he clocked the 12th fastest time. That would become the starting point of his international career, and in one year time after that forerunning-start, he won his first World Cup race in Garmisch Partenkirchen.

What followed is sports history. Maier took 54 World Cup victories, two Olympic gold medals and three World Championship titles - before he announced his retirement on the 13th of October, 2009.

On Monday night (the 13th of January 8.15 PM live on ORF) the "Herminator" returns on track in Flachau for The Star Challenge on the race slope where the Women will compete for the "Snow Space Salzburg Princess" title on Tuesday.  At this charity event, celebrities carve for money for a good cause and ex-ski aces such as Frida Hansdotter and Michaela Kirchgasser will also be at the start.

Flachau is celebrating ten years of the Ski World Cup with 174,000 Euros prize money and the highest prize money in the World Cup.